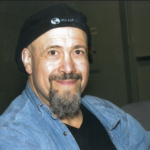 Guy Plecash: piano/synth/bass/guitar “hired gun” and incandescent bad example to children and young folks everywhere. Born, Tofino, BC. (1953). Piano training: Dad and Royal Conservatory of Music, Toronto (RCMT) teachers in North Vancouver and Kamloops. First professional gig around age 12. Had been to Japan and Toronto as a French horn player by age 18. Then discovered rock and roll and R & B.  ..Oops.

Started pre-engineering courses at Cariboo College. Spent inordinate amounts of class-time singing harmonies in stairwells with like-minded freaks. Learned how to craft a decent lyric from an appropriately-gifted English prof. Eventually hit the road with several different rock bands seeking reputation as alien life-form. Met and detonated the love of his life in about a three-year space. He was now qualified to play and write the Blues.

Landed in Calgary finally. Played lucrative corporate party-market for over a decade. Then collided face-to-face with a horde of personal demons. Found himself (after some major upheavals) playing gritty, rowdy Gospel-music at Calgary’s “Mustard Seed Street Ministry” outreach – and loving it! The staff thought he was a ‘guest’ himself at first. They weren’t far wrong.

Lately he plays a ‘recovery’ service for fellow codependents and addicts (since 1991) as well as street outreach functions and First Nations recovery events. An active ‘folkie’ as well, he’s in the house band at ‘Saturday Night Special’ and has ‘opened’ for such rare birds as Long John Baldry, Valdy, U.H.F., Ian Tyson, the Original Caste…and the list goes on. And he slings keys for his beloved “Bluesland Horn Band” whom he hopes resurrects after all this covid foolery.

Pursuing his own recovery, he discovered his “Higher Power” to be a bimillennial proto-hippie carpenter from Nazareth. But that was cool. One long-haired miracle-working road-warrior reaching across the centuries to lift another wandering love-child off his butt. Often. Rang right on every level. Soon led to other deep discoveries like 1): Blues is the answer. What was the question?  2): “Normal” is that setting on your electric toothbrush, and 3): Life in the fast lane causes you to outrun your hair.

You were expecting something profound, weren’t you? Aren’t you relieved?

When the rare and miraculous opportunity to record zips by, he jumps on it. In short: He IS an alien life-form. And he’s finally learning to enjoy his visit. (2021/10/07) 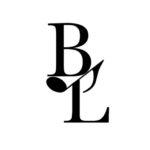