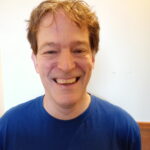 He has performed with a multitude of legendary musicians from around the world. His coveted tenure with British–Canadian jazz vibraphonist, percussionist, and composer Peter Appleyard is a memorable chapter is in his storied career, along with performances with primary members of Buena Vista Social  Club and Salsa star Oscar D’León, to name a few.

Danley is recognized as one of Canada’s leading Jazz and Latin multi-instrumentalist  musicians/composers, who as bandleader delivered many memorable performances, at the highly  acclaimed “Beaches International Jazz Festival,” performed at Toronto’s legendary Massey Hall and  graced the stage at the “Barbados Jazz Festival.”